All Altair goods are available for an order.

It’s not a secret that most of the top pilots are flying with the radios and put effort into having a sturdy reliable headsets. It apparently brings a serious benefit to get the useful information from the team players who are heading in front of you.

It is also convenient to have a radio on an occasional XC flight being connected to your retrieve driver. This way the team work gets organized much better and faster.

However, we all know this annoying story with the endless headset cables that get broken exactly when you are checking out your gear on the take off or just after the launch when you already don’t have any opportunity to quickly repair the broken wires.

Some serious pilots will come to the competition having a solder in their tool set! But is this really needed nowadays? Here we are taking a look at some pretty good working bluetooth 4.0/4.1 solution which might finally save you a few evenings of soldering during the flying season. The main advantage of this system is that you don’t need to worry about the battery time of your new wireless radio headset. I have been testing it for the whole season of 2018 and can say that one charge normally lasts for 2-3 big flights, which I found very handy.

This solution works with any Kenwood, Boafeng, Icom and Motorola Radio Units and consists of three parts.

First two parts are coming as a set for a price of about 40-55 Euro.

The first one is a Bluetooth Unit which is essentially a transmitter that gets connected to the radio. It has an internal battery with a seriously long stand by time of about 100 hours and an impressive talking/receiving i.e. transmitting time of 5-8 hours. The transmitter is quite miniature and has 35 x 23 x 14 mm dimensions, which will not increase the volume of the radio too much.

The second part is a bluetooth Push-to-talk portable button with a velcro band. It also has its own rechargeable battery and from my experience is practically impossible to get flat for a very long time. It is staying in a very energy efficient stand by mode all the time except the transmitting moments and doesn’t require to be charged more often than every 3-4 seriously long flights with an average amount of talking.

The button might fit on a relatively big finger or a thumb, alternatively it can be just attached to the speedbar with the velcro band. This is my preferred choice which gives me a bit more freedom.

These two parts come together with a rather unusable for us hang gliders ear bluetooth hands free speaker piece which is a bit too big to put it under the helmet, although I know some people doing it.

Instead of this mentioned ear piece I prefer to use an additional pretty affordable (20-30 Euro) wireless bluetooth helmet set of speakers and microphone, which is very easy to install into any sort of helmet by using the velcro pads which come together in the package. The microphone has noise reduction function and the speaker are surprisingly strong, you will probably need to slightly tune down your usual radio volume.

This set again has its own long lasting battery that will definitely get you over 2-3 big flights. The cables of it don’t seem to be very thick and sturdy but so far I haven’t had problems and nothing got broken. However, since it doesn’t cost very much, I have a backup second set in the harness which will take 1 minute to install in case I need it.

All three parts are connecting within 10-15 seconds via pressing two buttons on the transmitter and the speakers (push to talk button connects automatically). The set up doesn’t require re-paring or any other hassle after being connected for the first time. I would say that if you keep using cables you will definitely spend more time on getting them through the lycra, connecting the helmet speakers to the push to talk and to the radio etc.

All the mentioned above devices are charged via micro USB cable which probably will save you some space in the travel bag since this connector type is very common and gets used to many other devices.

In case you’ve got interested in the seamless and wireless radio headset you can order the parts from Delta-Goodies.com via the links below.

Transmitter and the PTT button: http://delta-goodies.com/product/bluetooth-headset-two-way-radio-for-baofeng-kenwood-motorolla-1 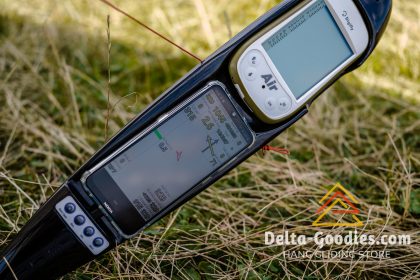 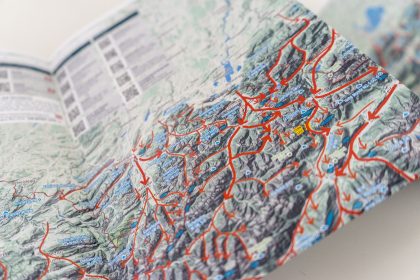 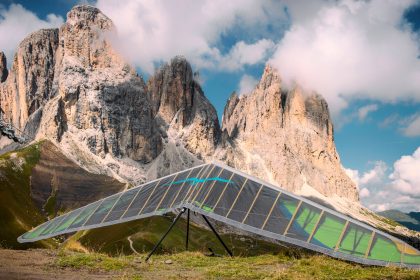 Some Usefull Accessories for Pilots

Rent/Rent out a hang glider

Are you stuck home because you can’t bring your glider overseas?

Do you also have some hang gliding products to sell?

We are looking forward to making contacts to people manufacturing small hang gliding goods to represent them on Delta-Goodies.com

If you have never run off the steep edge of an Alpine mountain, climbed out to cloud base and headed back into the higher, snow-covered regions of the European Alps, you haven’t experienced true hang gliding freedom just yet.

This website uses cookies to improve your experience while you navigate through the website. Out of these, the cookies that are categorized as necessary are stored on your browser as they are essential for the working of basic functionalities of the website. We also use third-party cookies that help us analyze and understand how you use this website. These cookies will be stored in your browser only with your consent. You also have the option to opt-out of these cookies. But opting out of some of these cookies may affect your browsing experience.
Necessary Always Enabled
Necessary cookies are absolutely essential for the website to function properly. This category only includes cookies that ensures basic functionalities and security features of the website. These cookies do not store any personal information.
Non-necessary
Any cookies that may not be particularly necessary for the website to function and is used specifically to collect user personal data via analytics, ads, other embedded contents are termed as non-necessary cookies. It is mandatory to procure user consent prior to running these cookies on your website.
SAVE & ACCEPT